Stop Caring What Others Think

It’s human nature to want to be liked and to seek approval.

But when you sacrifice your own needs and dreams over fear of criticism or standing out from the crowd, it can stop you from getting anywhere in life.

After all, the only way to avoid criticism in life is to never accomplish anything; just be as bland as possible so you can blend in with the crowd.

If you accept the status quo for what it is because everyone around you does, you’ll tip toe your way through life by doing things in order to please others, without regard for your own beliefs and values. Eventually your actions, appearance, and life become molded by how you think other people will see you.

Worst of all, it makes you become someone who doesn’t take a stand for anything.

So if you’d rather be yourself and strive to accomplish great things in your life, you’re going to have to accept the fact that people will criticize you. And you’re going to need to develop the emotional strength required to stop letting fear and anxiety prevent you from sharing your creativity with the world or from being the person you’re truly meant to be.

This subliminal hypnosis session will allow you to let go of that anxiety – that fear of being judged – so that you can focus on making your own way in the world.

And as you let go of your fears and embrace your true passion in life, you’ll attract more people like yourself into your life.

With time you’ll desensitize yourself to criticism. Like any other fear, once you actually experience it a few times you’ll realize that you were more afraid of the anticipation of the event than the event itself. When you get criticized and realize that you’re still alive, that the world is still turning, the fear of criticism loses its power over you for good.

You’ll care less about what the haters think of you as you begin to care more deeply about who you are and what you are creating. You’ll follow your passion and your inspiration. You’ll go where you are called, and create what is inside you.

The greatest achievements the world has ever seen were started by individuals who marched to the beat of a different drummer. And as you set out to change the world, you’ll be sure your drum is loud enough drown out all the critics. 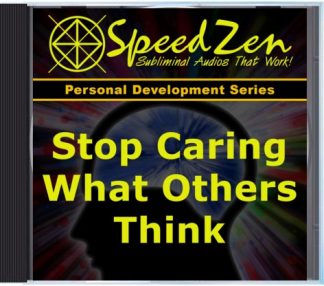